MADesigns was recently involved in Makeover Magic event in Second Life organised by FACES for American Cancer Society. Make over magic program is designed to help cancer survivors in Second Life look and feel better by giving them a new life though complete make-overs.

Before and after shots of Aryon.

In partnership with Relay For Life of Second Life, the FACES Creative Team hosted a series of makeovers over the past several weeks for in-world cancer survivors.  Makeovers are chronicled on the FACES and RFL of SL blogs, other SL news outlets and a fashion show/survivor celebration.

In addition to raising funds for its life-saving mission, RFL aims to educate its community on the many services and offerings of the American Cancer Society.  Through these makeovers, our goal was to honour and pamper in-world cancer survivors and raise awareness for the ACS program Look Good, Feel Better, which educates women who have lost hair due to treatment on how to apply makeup, wear wigs, and do things to become more comfortable with their appearance during their fight with this terrible disease.

Looking good often can lead to feeling good and as in real life it certainly carries a lot of benefits – social, financial, romantic. When you look the part you get the job you want. When you are attractive, people are attracted to you. When you look good, you feel more confident to be who you are.

It has been over 2 years since MADesigns has opened its doors. I knew it back then that by helping people look good I will be changing their lives, this is why I am still in this business and why I love it so much. My goal was never to make shapes and sell them, I wanted to make people and improved the condition of male fashion through promoting it in my shapes. Anyone that has looked at our work closely or have dressed their avatar themselves more than few times would know the amount of work involved in creating “stylish looks” let alone authentic personalities that wear them. It is hard work and hardly worth doing for the price of a cup of coffee, but if you love it and if it is rewarding that is all that matters in the end.

On Sunday, I attended the Makeover Magic fashion parade during which participants and their mentors came out to show off their new looks. It was a magical event for all involved. Although I have sent shapes to number of participants it was Aryon Dagger that I wanted to see the most.

This all started when Serenity Mercier approached me regarding the make over for Aryon almost a month ago. She said that Aryon had particular needs and was wondering if I would be able to help. Serenity was Aryons mentor and she helped with fittings, communication, coordination and everything else that was needed to make Aryon’s dreams come true.

She did warn me though that this could be a bit of a challenge. You see, Aryon is female in RL, and having cancer has meant that both of her breasts needed to be removed. When I met Aryon she had a boyish avatar she told me about her battle with cancer and how this has changed her. She told me about her girlfriend and how she wanted to have avatar with no breasts as this is who she is in RL. I was amazed at the courage and strength that she had and was ready for a challenge.

So, I contacted Cheerno Destiny from AC Store who I knew was in process of releasing new skins and as Aryon loved the boyish feel of the prototypes he sent me, Cheerno agreed to create special skin for Aryon that had no nipples and no body or facial hair on it.

After that I used Aryon’s existing shape and I modified it to give it better proportions while retaining most of its already existing features and ensuring that it fit the new skin. I then showed the look I had in mind for Aryon and she loved it.

After lot of IMs and chasing designers who are hard to get in touch at times we had all the items organised and sent to Aryon to make her look good for the parade.

Aryon was in tears by the end this process tears of joy and new found confidence. She got what she wanted and she looked fabulous up there.

In spite of the popular belief that many creators are here only for the money when we do have time to participate in events like these they are definitely be the most rewarding for everyone involved.

Please visit Aryon Dagger’s blog and read about her experience.

Our Personal Special thanks goes to:

Wavie Hallier – Valiant (who donated pants for this look)

and of course none of this would be possible without… 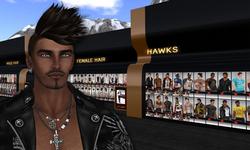 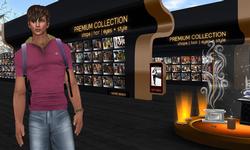 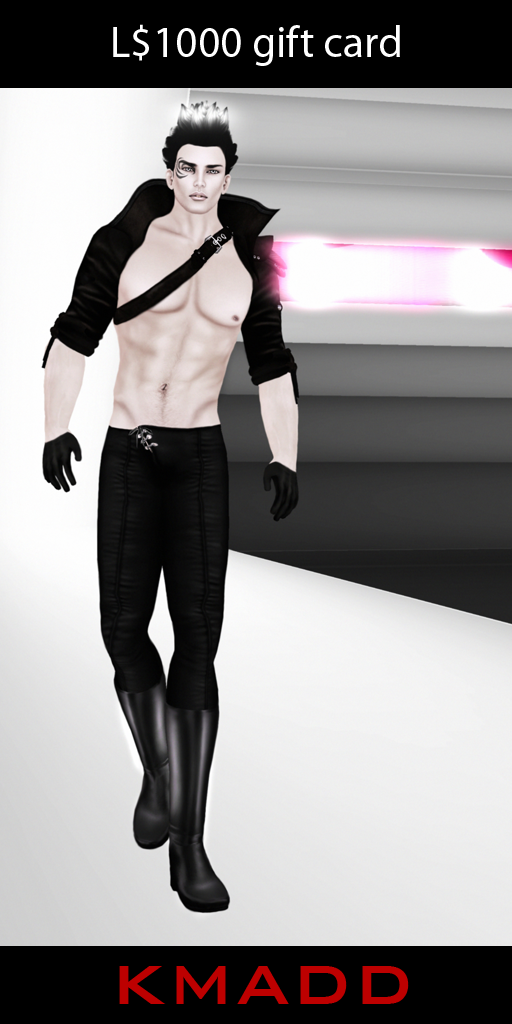